Rock music is a broad genre of popular music that originated as “rock and roll” in the United States in the early 1950s, and developed into a range of different styles in the 1960s and later, particularly in the United Kingdom and in the United States. Rock music also drew strongly on a number of other genres such as electric blues and folk, and incorporated influences from jazz, classical and other musical styles. Musically, rock has centered on the electric guitar, usually as part of a rock group with electric bass, drums, and one or more singers. Typically, rock is song-based music usually with a 4/4 time signature using a verse–chorus form, but the genre has become extremely diverse. Like pop music, lyrics often stress romantic love but also address a wide variety of other themes that are frequently social or political.

K1 Live brings to the table a brand new idea keeping in mind, the increasing demand of entertainment in our state and the light of so many artists looking for a break. K1 provides a rock band “AGHORI” with the lead of a versatile and famous artist T-Shourie. K1 Live provide platform to everyone with what they require. 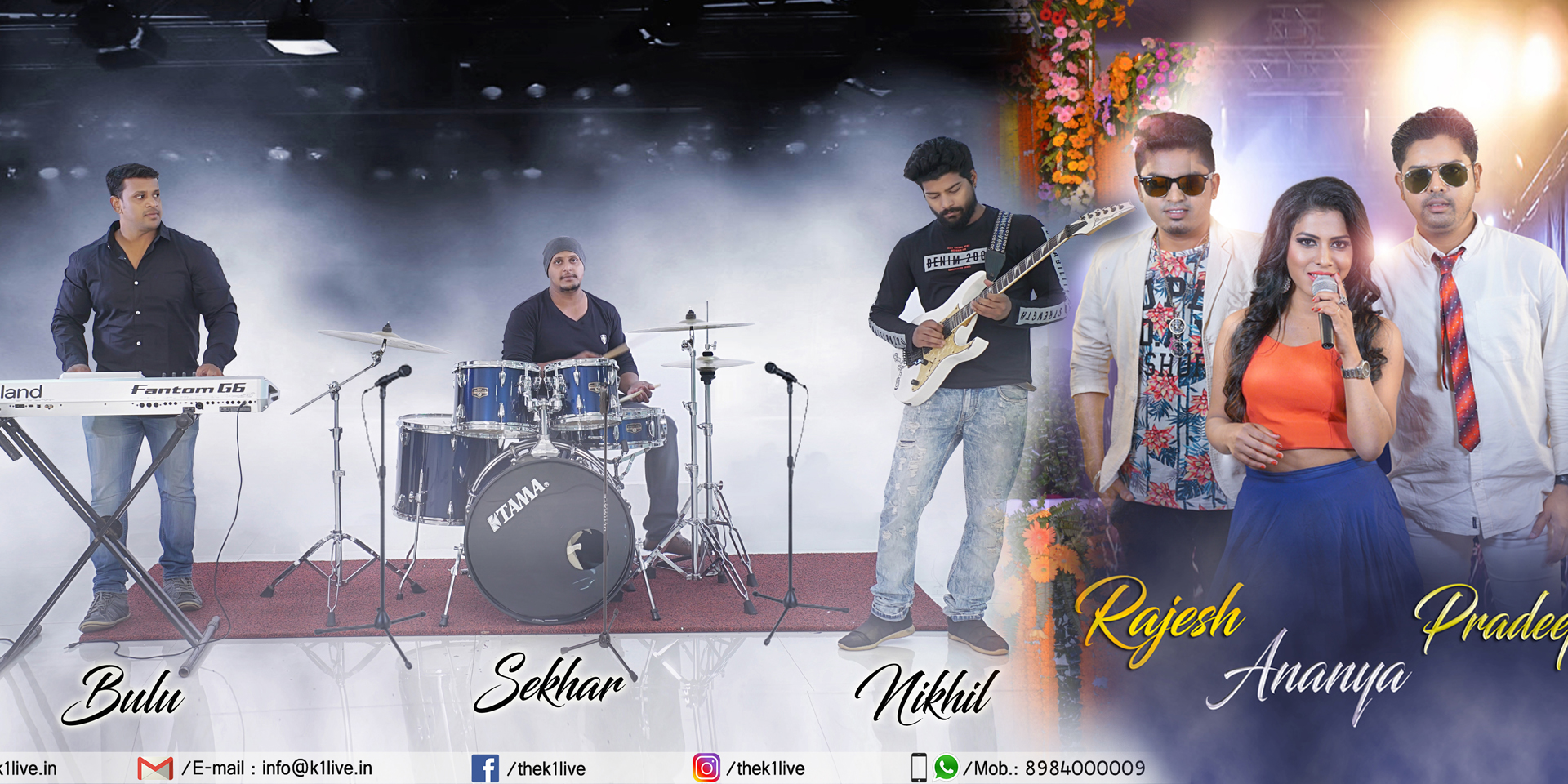